In the book, “Father Amorth: My Battle Against Satan” (2016, Sophia Institute Press), world-famous exorcist Fr. Gabriel Amorth reflects on his life and dives lightheartedly into the world of the supernatural and demonic. I mention lightheartedly because his humor and simple approach to life has been an integral part of who he was, even when battling the underworld in exorcisms (for example, he would put his thumb on his nose and stick his tongue out at the devil before beginning).

The book is largely written as an interview with Fr Amorth hosted by author Elisabetta Fezzi. They pour over his life story, experiences as an exorcist and also include basic lessons for us all on how to stay in tune with our God. There’s so much applicable spiritual treasure in this easy-to-read book I thought I’d share a few things with everyone.

First, a disclaimer. I am no expert on his life or exorcisms but only intrigued by the life he lived and the supernatural. He was convinced particularly of God leading him to do two, great significant things in his life- one, the concentration of Italy to Mary in the 1950’s I believe it was, and two- spreading the vocation of exorcists and educating people on their role with the world. In 1990, he founded the International Association of Exorcists. In addition to those two things, he also played a large role in the catholic charismatic movement.  In other words, tapping into the Holy Spirit and allowing Him to go to work on hearts and souls without reservation.

And that’s kind of where I want to steer this piece. Father Amorth, although he looked and seemed like an ordinary, everyday old man on a walker, experienced life in an entirely different plane than the rest of us. As a charismatic, he had a deep relationship with the Holy Spirit (list God thing’s he’s seen here). As the world’s most famous exorcist, he’s seen – without fear but with unbreakable confidence in Christ- all the insane, crazy things the devil and his demons can pull off. Even with all the scientific tools and devices of measurements we have, they cannot be explained by modern science.  The most renowned secular experts have to admit often the supernatural side of things would be the most plausible explanation for such phenomenon. A 90-pound lady throwing a 200-lb man across the room, illiterate individuals speaking in perfect Latin, crawling up walls, knowing secrets of others’ lives when there’s no possible way that knowledge could’ve been obtained (the list goes ever on and on).

There’s this entire, whole another plane or dimension that we are missing out on because as we’ve grown up, our imaginations have constantly narrowed down to what our adult experiences offer in sync with the real world. But how much do we know exactly what is the real world if we’re limited to what’s tangible and only with what we experience with our senses?

We know by faith that God, the Saints, and your Guardian Angels are as real as the grass beneath our feet and the blue sky above us. But somehow, even with that knowledge, we still limit ourselves. But God had no intentions for our imaginations or faith to be limited. With our faith, He wants to demonstrate the impossible (again, a term perhaps defined by the limits of our imagination and faith). Imagine seeing the supernatural so often, things that completely defy the boundaries of science thus far, that your mind is no longer completely blown away by these things, but you’d come to expect them on a daily basis? Father Amorth lived that life. Albeit battling demons, but he was completely in tune with his God and the spiritual dimension.

And we can too. At the most basic level, and one that requires faith, by each time we attend the Mass. We believe the bread and wine convert into Christ’s actual Body and Blood by “transubstantiation”.  We might not visibly see the bread and wine become flesh and blood, but by faith, we believe. But wait, there’s more! Every once in a blue moon, such a “Eucharistic miracle” occurs that God really does allow us to witness the bread and wine tangibly and visibly convert into flesh and blood. And there have been countless study hours of these oddities in labs; many of them turn out with the same AB blood type! Earlier this century, a late teenage computer programmer named Carlo Acutis – now on the path to Sainthood with his own feast day – put together a list of all eucharistic miracles here.  Did he himself ever witness such a miracle? Probably not. But by diving into that world and making them his life’s passion project, his mind and heart dove deep into the world of God’s impossible.

There’s a Catholic apostolate called Encounter Ministries out of Michigan. They host Holy Spirit-inspired events, prayer and worship gatherings all centered around the Eucharist with a belief and expectation of the impossible becoming reality thanks be to God. Since establishing their presence in Michigan a few years ago, they have branched out to train others into bringing the Holy Spirit and the Eucharist in their communities. Fearlessly hosting the Body of Christ in public town squares and inviting people of all faiths and walks of life to come worship, pray and get healed.

I myself have been to a couple of events witnessing people get healed, showing up with crutches, big wheelchairs and whatever kind of ailments show up at these things and just walk on out having been cured. These folk return to their doctors, who then sign statements admitting they have no explanation for what occurred, only that it’s plausible the patient’s faith may have played a role.

Father Amorth woke up everyday literally going to battle alongside the Angels and Saints in his daily life. Blessed Carlo Acutis, only a 21st Century teenager, used his talents to tell the world about God making the impossible possible, and Encounter Ministries is introducing thousands to the supernatural realm full of miracles and blessings enabled by God’s love and the Holy Spirit (they have a few great documentaries on their works and testimonials here).

What can you do in your sphere of influence to get in tune with the supernatural? A great starting point, and well, the only starting point really, is prayer. You could close your eyes and meditate on the life of Jesus within a structured format like the Rosary. Or simply sit outside in the grass in a quiet area, perhaps say the Our Father prayer slowly, and breathe in all of God’s goodness and gifts He has given you. What are some common, minuscule things you could meditate on and be thankful for? How many tangible, “ordinary” things in our lives are little miracles in themselves? 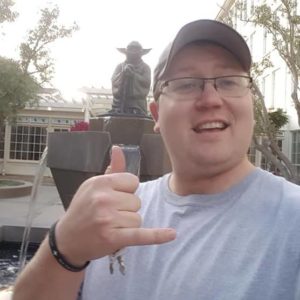